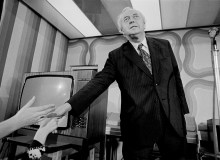 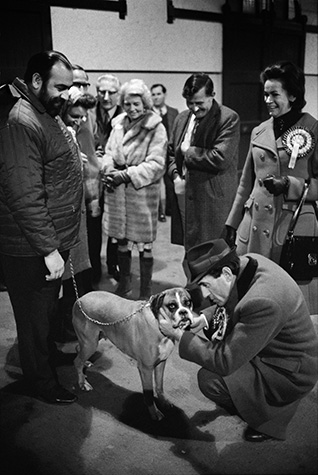 GB. England. Jeremy Thorpe MP. As leader of the Liberal Party he was visiting his constituents in Devon where he was trying to befriend a dog. Later he was charged with hiring a hit man to kill his lover who was blackmailing him. A lonely spot on the moors was chosen with a convenient tin mine nearby in which to dispose of the body. At the last minute the assassin balked and shot the lover‚Äôs dog instead. This dog seemed to predict it all. 1974.